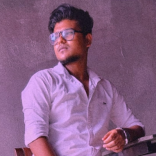 How To Smoke A Blunt: Tips And Tricks From The Pros

When I go back to those nostalgic colleges days, I can’t help thinking about my playlist and the number of ‘high songs’ on it! Of course, we had no clue about smoking weed initially, but that didn’t stop us from knowing all the weed songs for some reason. Charming, right? We thought the same.

Music is essential to survival, and strangely, there’s some music for every vibe, every mood out there. For instance, I have a work playlist that I religiously listen to while creating content at my desk. Similarly, it’s only natural to have a ‘high songs’ playlist meant for one of those days.

People across the globe have admitted experiencing a magnetic high while listening to music. But not all music, I am afraid, can help you have the same experience. Simply put, there’s music, and then there’s music to get high on – the two are pretty different from one another.

Music And Marijuana: A Lasting Bond

Playing some trippy, peaceful music while lighting a fatty is nothing less than bliss for most stoners. Interestingly, when you start looking for songs to listen to while high, many sites might list songs about smoking weed. In retrospect, that’s not the best way to go about it.

After all, you don’t need to listen to songs about smoking weed while smoking weed. Several ‘high songs’ out there make you feel so much better when you are stoned but have nothing to do with weed. But then again, music is subjective, and what works for me might not work for you.

Nonetheless, there’s no point denying that music has a lasting bond with marijuana – a bond that has only proved to grow stronger over time. If you were looking for the best songs to listen to while high, you have arrived at the right place! Scroll down and find out which songs will make the experience of smoking weed better.

15 Best Songs To Listen To While High Smoking Weed

In this article, we will look at (and hear later) the fifteen best high songs, as I like to call them. These songs sound marvelous in the background while you are rolling that most-awaited joint post-work. Thus, let’s move on from Floyd and get started with some lesser-known songs!

‘Hey You’ is a crazy collaboration between two talented artists, Dope Lemon and Cedric Gervais, as a part of their 2019 album, Smooth Big Cat.

Why I Like The Song: There’s something so mellow yet trippy about the background score making this one of the top songs in my list of ‘high songs.’ Dope Lemon’s voice only adds to the magic of the song – so calm yet not monotonous at all, a feat that is difficult to achieve!

When the artist Mild Orange released ‘Freak In Me’ in 2020 as a part of an album that he named after his stage name, it was an instant success with stoners!

Why I Like The Song: One of my favorite songs to listen to when high, Freak In Me’s music video is also pretty trippy in case you wanted to check it out. The best part? The song feels like a vibe reminding you of those initial precious honeymoon moments in a new relationship.

Another Mild Orange song, Some Feeling, was released way back in 2018 when the artist was hardly known as a part of his Foreplay album.

Why I Like The Song: It’s apparent that I have a soft corner for Mild Orange, but this man knows what he is singing about. As I said, it’s all about the vibe, and boy, can you vibe to Mild Orange!

One of the more popular high songs on my list, Slow Dancing In The Dark by Joji, was released as a part of his 2018 album Ballads 1.

Why I Like The Song: I love Joji, especially how he brings together the music and lyrics. A crazy recommendation for new stoners, sit back and get lost in Joji’s melody.

Bloom was released as an independent song by Black Party America way back in 2016. Although not that popular with the masses, this one’s a real gem, especially when you are high.

Why I Like The Song: I love the beats and how versatile the artist sounds, making this one of my top ‘high songs’ of all time. It might be a little challenging to find the song but always trust Spotify to find what you are looking for.

Sleep On The Floor was also released in 2016 as a part of the Cleopatra album by The Lumineers. What a beautiful song!

It seems like 2016 was my favorite year! Another from the Cleopatra album by The Lumineers, there are so many things to like about this song.

Why I Like The Song: This one’s one of my favorite high songs. But not just that – it’s also one of those songs with high notes that somehow works well for most stoners.

This one was a hit as soon as it was released in 2017 as a part of the Nothing Lasts Forever album. The married duo Flora and Cash are the artists behind this beautiful song.

Why I Like This Song: This song is perfect for a night in with your friends, and it’s time to play the ‘high songs’ playlist!

The Blaze is the artist behind She and boy, what a song! Released in 2018 as a part of the Dancehall album, this one will make you experience a magnetic high.

Why I Like This Song: More than the lyrics, The Blaze does a terrific job with the music, and you need to hear it ASAP!

Coldplay released Ink as a part of their 2014 album, Ghost Stories, and immediately won the hearts of everyone.

Everything You Need To Know About The Jet Fuel Strain

Why I Like This Song: Coldplay is mainstream, and we love it, but this song is different. Coldplay has given us the perfect example of high and low songs. And we can’t get enough of them!

A relatively new artist on the block, Tai Verdes, released this song recently, and Instagram couldn’t help but make it go viral.

Why I Like This Song: Before it went all viral, I heard it, and I loved it. Such a beautiful vibe and even the lyrics are so nice that they immediately made it to my ‘high songs’ playlist.

When Edward Sharpe collaborated with the Magnetic Zeros in 2009 for the movie Jesus Henry Christ, they created a song that continues to be popular with stoners.

Why I Like This Song: That’s an entirely different story. It’s not part of the infamous ‘high songs’ playlists but rather my work playlist. As I mentioned before, music is versatile and subjective.

Willow Smith’s Wait A Minute is a part of her 2015 album Ardipithecus and guesses what? People are still listening to this one song, trending on Instagram.

Why I Like This Song: I love the alternative genre and would love to play fall out boy infinity on high songs, but that phase is gone – instead, I have been exploring new artists as I have never done before.

Warm by Dre’es and Mia is a perfect trippy rendition released in 2017 and had more than five million views on YouTube. Crazy right?

Why I Like This Song: Again, this one has made it to my work playlist and the one with the ‘high songs’ on it. Music works strangely sometimes, but it’s always meant for everyone.

Another one from Joji’s 2018 album Ballads 1, Yeah Right, is very popular with stoners. People have even admitted the high they experienced, and it did sound great!

Why I Like This Song: I love Joji and will probably listen to anything he sings, but if you don’t know what I am talking about. Hear it now!

The next time you plan on getting high, make sure you have your ‘high songs’ playlist by your side. Then, sit back and relax because music will save you when nobody can! So what are you waiting for? Food – head over to Spotify today!

Girl Scout Cookies Strain: Everything You Need To Know And More!

How To Grow Weed At Home: A Step-By-Step Guide

Want To Know How Much Does A Pound Of Weed Cost? Click Right Here!

Previous Article
How To

How To Smoke A Blunt: Tips And Tricks From The Pros