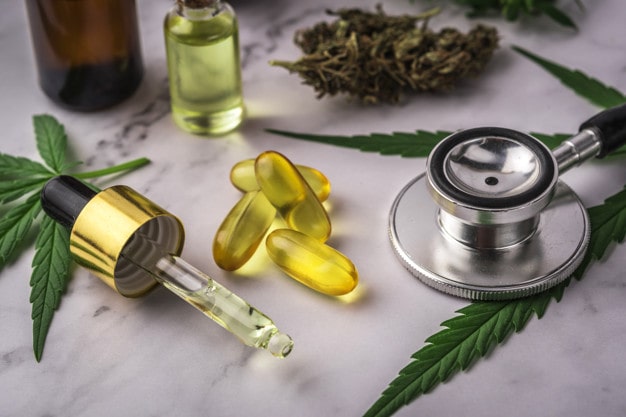 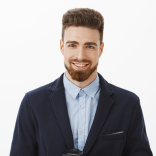 However, it is important to separate the science from the marketing and advertising hullabaloo. Many brands are capitalizing on the recent scientific successes and using CBDs in everything from drinks to food items.

In this article, we are going to examine the following relevant literature around CBDs-

Cannabidiol Or CBD: Meaning And Definition

In order to understand CBD, we would have to discuss it in light of its more famous cousin, ‘Tetrahydrocannabinol’ or THC. A simple explanation of THC is that it is a chemical element, which helps one get high.

Both THC and CBD are extracted from the cannabis Sativa plant. This is not to say that the plant does not have any other properties. According to scientists, there are more than 100 properties (like THC and CBD), which the plant produces. However, these two are the ones, which have gathered their fair share of attention and research.

CBD can be extracted from both the marijuana plant, as well as the hemp plant. However, most mainstream companies, which are using CBD or creating CBD, based products use hemp, as it enjoys a better legal status than the marijuana plant. As compared to THC, CBD is a non-psychoactive substance. Many studies on THC have shown how it too has some beneficial properties.

CBD takes out the ‘high-getting-factor’ from the same and presents all the benefits. In other words, it has all the advantages, minus the disadvantage of getting high. According to the World Health Organization, until date, there have been no abuse-related cases when it comes to CBD. In short, people cannot get sick or have health issues if they are using or ingesting pure CBD.

While scientific trials, studies, and research on CBD have been going on since the past decade, it was in the year 2018 when a major breakthrough took place.

In 2018, the Food and Drug Administration or FDA approved the world’s first CBD derived drug, Epidiolex. Based on pure CBD extracts. The drug reduced seizures in patients. It was found that CBD was helping relieve pain and reduce seizures in a severe strain of child epileptic conditions called- Dravet syndrome and Lennon-Gastaut syndrome.

GW Pharmaceuticals was able to use its investments and public sentiment into Epidiolex. Videos of children suffering seizures and the beneficial reactions to CBD oil helped move public sympathy and spring authorities into action.

While Epidiolex was the gold standard when it came to trials and research, a number of similar studies are taking place as we speak. This can be considered as a watershed moment for mainstream usages of CBDs.

Advantages Or Benefits Of CBDs: What Can It Treat?

It is no secret that our great ancestors were harvesting the benefits of medical marijuana and CBD for centuries. Evidence shows that the plant originally discovered in Central Asia was being used somewhere around 750 B.C.

In this section, we have tried to gather data and information from some of the leading health and education platforms.

1. CBDs Are A Cure For Chronic Pain- 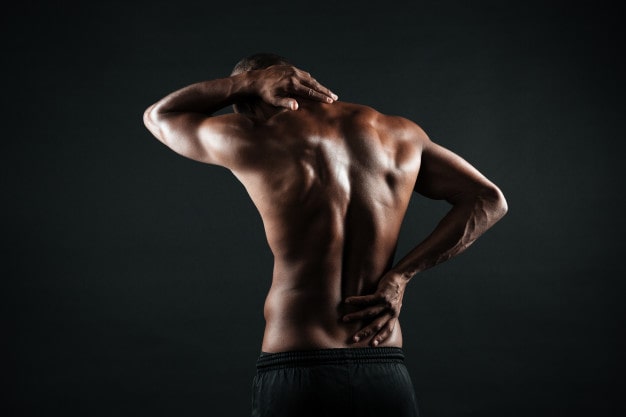 The human body has a system, which controls functions of sleeping, pain, appetite, and others. This system is referred to as ‘endocannabinoid’. Scientific studies have shown how CBDs bind with the endocannabinoid receptors and help in easing pain.

Most of these studies have been conducted in rats and the results have been positive. This has made CBD one of the leading approaches when it comes to treating arthritis pain and multiple sclerosis. 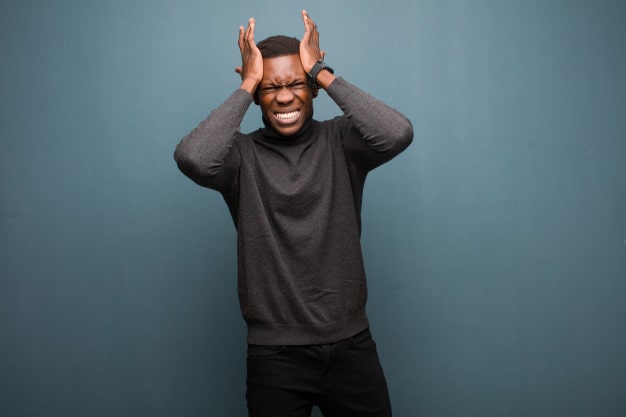 Mental health issues are becoming very important with each passing day. Many people are succumbing to stress, anxiety, and depression and taking their lives. A study conducted in Brazil states that taking CBD before a public speaking exercise was able to relieve the stresses in many participants.

Many studies carried out on animals show that CBDs have had a positive impact like anti-depressants. However, the side effects, which include addiction, are not present when it comes to CBDs.

For a very long time, oncologists and scientists are exploring the effects of CBDs in reducing pain. They have also found that CBDs are beneficial in reducing nausea and vomiting effects, patients feel after a chemotherapy session.

While the debate on CBDs having a direct impact on fighting cancer cells is, still not proven, animal studies have shown some positive signs. More studies that are human are needed to conclusively prove results. 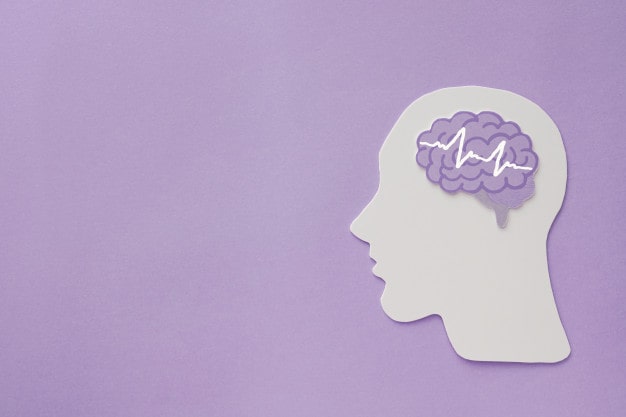 We have already discussed how Epidiolex, the first CBD drug was effective in fighting epileptic seizures. Scientists point out that CBDs’ success in binding to endocannabinoid receptors can help them treat various neurological disorders.

Sclerosis is another area where researchers are conducting clinical trials and fast-tracking research with CBD products. In both areas, the success rates have been highly promising, and more drugs are expected to get FDA approval in the coming years.

In a recent path-breaking study, CBD use in rats has shown that it can lead to de-addiction. Many rehabilitation centers in the USA have started to use CBDs during the rehab process to help patients from heroin abuse.

People who are into morphine addiction have also been put on trials with CBDs, and the first results are quite promising. Substance abuse is one major area where CBDs can help a variety of people affected. CBDs work by rewiring brain functions related to addiction.

In addition to the above-mentioned advantages, proponents also point out the positive effects of CBDs in treating skin issues like acne. Some also say that there are various trials, which have shown how CBDs are helpful when it comes to diabetes.

All fifty states of the US federation have legalized CBD according to various degrees of restriction. The FDA has even relaxed certain regulations to speed up clinical trials in a variety of treatments using CBD. However, the Federal Government is still very ambiguous when it comes to CBDs as a whole.

You can obtain CBD from any of the fifty states of the union easily. However, there is no central legislation in place when it comes to CBDs. For the federal government, CBDs are still considered in the same segment as marijuana. Yet, the enforcement is not there at all.

One of the major points to note when it comes to the government’s understanding of CBD stems from where it is extracted. If it is extracted from hemp or marijuana. The legal positions around CBDs are going to change in the coming years.

This is because lawmakers on either side of the Congress (Republics as well as Democrats) have come to a consensus regarding CBDs and their beneficial effects. The aim is to accord legal status to the hemp crop, which in turn is going to make CBDs legal.

If you are someone who is afraid to use CBD products for fear of their legal status, you should drop your fears. The positive sentiment, public pressures, and the scientific studies around CBDs outnumber the negatives astronomically.

Products That Carry CBDs: Effective Or A Marketing Gimmick?

If you casually browse the CBD market, you will have an idea about its popularity. CBDs are being used as pain-relieving oils. Pure CBDs are also being uses as a nutritional supplement that has positive impacts on a number of our bodily functions.

There are three common ways; CBDs are being used in the industry and in various products-

Different industries are using them in different ways. The efficacy of one way over another one in a specific industry has still not been confirmed through science.

One thing to note is that CBDs do have serious scientifically proven advantages. However, the marketing and advertising oversights are relegating and overshadowing the benefits as a fad. This is something that serious proponents of CBDs (including scientists) are advocating.

A CBD infused mascara can be a joke, while pure CBD taken as a nutritional supplement can have far-reaching results. The same goes for a CBD infused cheeseburger!

Many in the industry also point to the lobbying power of billion-dollar pharmaceutical companies that do not want CBDs to flourish. Conspiracy theories are rife about how pharma companies want to kill research, trials, and studies into CBDs.

However, just like Tesla, CBDs have overcome this issue (or are at least turning mainstream) in 2020. The coming years are going to be extraordinary for the CBD industry. With more results expected from the trials and major investments taking place, we can expect CBD-infused products to become part of the average family shelves in the next couple of years. 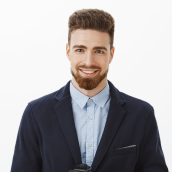 CANNABIGEROL (CBG) – A Complete Guide For The Beginners In 2021

How To Use CBD For Asthma