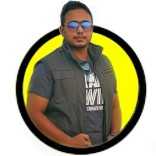 Arnab is a professional blogger, having an enormous interest in…

There is a prevalent need in the cannabinoid industry for a cleaner and more sustainable way to extract cannabinoids from the raw hemp plant, and a new patented water-as-solvent technology delivers just that.

The proprietary process utilizes water as the solvent to produce a safer, more sustainable, consistent, and affordable output of high-purity pharmaceutical-grade cannabinoids, including the rare offerings of acidic cannabinoids at a mass scale.

Water-as-solvent technology leverages water to leach cannabinoids. This conduct from the hemp plant without the use of harsh chemicals, heat, and hydrocarbons while successfully rejecting contaminants such as heavy metals, pesticides, microbial, and mycotoxins.

The process can also effectively limit or remove the amount of THC. THC yields a more consistent and compliant product.

Traditional extraction methods use harmful solvents, such as ethanol and butane, for extraction, having an array of consequences that have an impact on manufacturers, consumers, and the environment. Utilizing water as the solvent eliminates the consequences solvents like butane and ethanol bring and provides an array of advantages the industry needs.

When utilizing solvents like butane or ethanol, remediation is necessary to rid the final product of volatile solvents that can be harmful to the consumer’s health. However, the techniques and solvents traditionally used tend not to discriminate against most pesticides, herbicides, or fungicides.

Rather, the process tends to concentrate these compounds in the final extract, leaving trace amounts in the final product for consumers to ingest. To assist in the recovery of volatile solvents, vacuum distillation is often used.

Unfortunately, the process does not fully rid the product of volatile solvents and can convert acidic cannabinoids to their neutral state by exposing them to heat, making it difficult or impossible to extract acidic cannabinoids, such as CBDA and CBGA, from the hemp plant.

Additionally, dehydration of the plant is often required for efficient extraction prior to adding the solvent. This causes the conversion of cannabinoids, or decarboxylation, to begin prior to the extraction, losing a large majority of acidic cannabinoids before the extraction even begins.

1. Utilizing Water As The Solvent:

This process eliminates the need for heat, allowing for the extraction of high-purity acidic cannabinoids at a mass scale with no trace residual volatile solvents in the final extract. Taste is an important factor when infusing cannabinoid-based products. We want them to taste good, not like the hemp plant, but the product (hemp wraps) it is infused into.

With their water-as-solvent technology, Essentia Scientific’s extractions are odorless and tasteless, able to be easily influenced into cannabinoid-based applications, and their clearly water-soluble products are truly water-soluble.

Traditional extracts use nano-emulsions or liposomes to create their “water-soluble” products. However, they form colloidal suspensions, separating overtime leaving sentiment in the final product.

Their clearly water-soluble extracts form a true solution where the solvent and solute consist of a single phase, without separating over time, and fully dissolve in water, forming a clear and transparent solution.

By not using equipment for extraction that is typically expensive, and that uses high temperatures or pressure to accomplish cannabinoid extraction, Essentia Scientific’s process brings the industry a simple and inexpensive extraction process.

The process also eliminates the need for expensive organic solvents, which are potentially harmful and polluting for the environment, delivering the industry not only a more cost-effective option but also one that is more environmentally friendly.

When extracting cannabinoids with butane, pressurized butane is passed through the plant material. Residual solvents then evaporate from the concentrate under a vacuum and are typically released into the atmosphere.

How Long Do Edibles Last After Ingesting A Cannabis Edible?

Though there are attempts to recycle the butane, they are not 100% effective, releasing hydrocarbons into the atmosphere and, in turn, causing environmental harm. Water is a true inorganic solvent that does not release harmful chemicals into the environment, creating a safer and more sustainable way to extract cannabinoids from the raw hemp plant.

You May Also Check: What Is HEMP – A Complete Beginners Guide Of 2021

With a team that has over 100 years of combined chemistry experience, Essentia Scientific is leading the industry to cleaner cannabinoid extraction with its patented water-as-solvent technology.

Essential Scientific can produce an array of high-purity pharmaceutical-grade cannabinoids, including the rare offerings of acidic cannabinoids, such as CBGA and CBDA, at a mass scale by utilizing water as the solvent.

You have reached the end of this article. However, the Essentia Scientific process eliminates the need for harmful solvents and produces a cleaner, safer, and more sustainable cannabinoid extract.

It can easily be influenced into any cannabinoid-based application and gives consumers consistently, high-quality products they can count on.

This is all about hemp-derived extracts. If you wish to know more about any particular part, feel free to ask in the comment section. 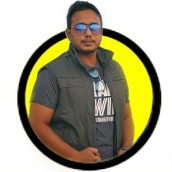 Arnab is a professional blogger, having an enormous interest in writing blogs and other jones of calligraphies. In terms of his professional commitments, He carries out sharing sentient blogs.

Top 42(0) Weed Jokes Of All Time: One-Liners For Stoners